​Word Search (December 1986) is based on the popular concept of finding hidden words within a grid, with the hidden words running right and left, up and down, or diagonally.  With a word grid in place under a sheet of clear plastic, the players move their playing pieces letter to letter to the first letter in the word.  The first player there claimed that word and circled the letters in the word with an erasable crayon. The added feature to the play was the fact that these circled words could be used as a slide to move more quickly around the board. 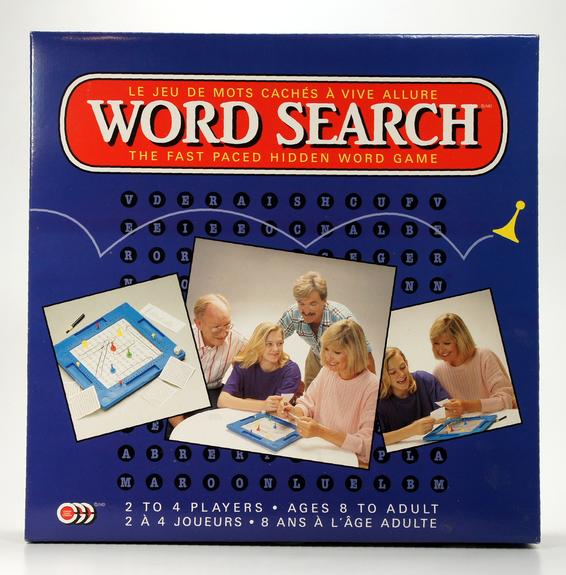 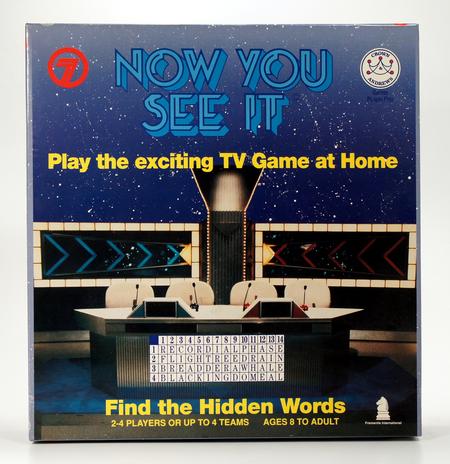