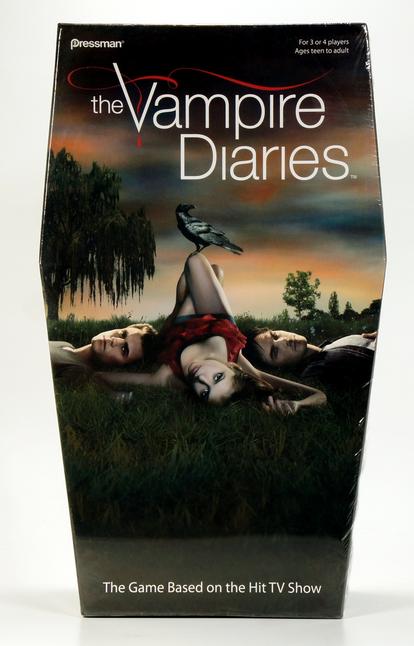 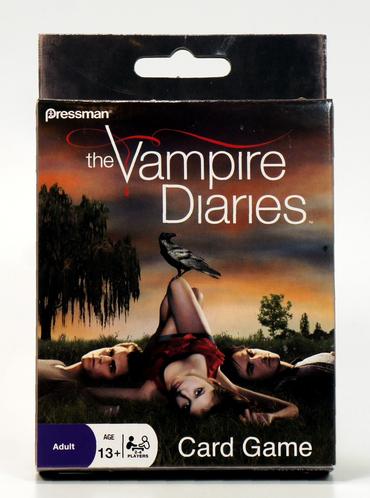 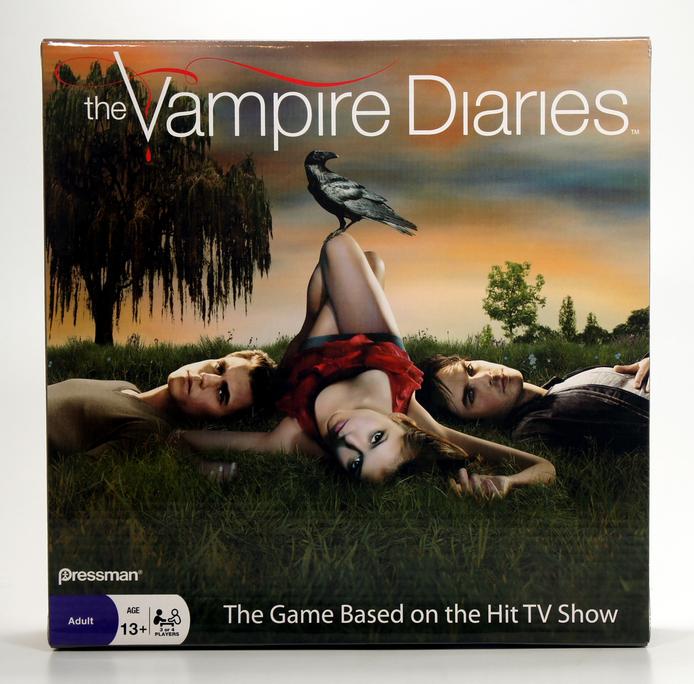 Vampire Diaries (February 2009) started out as Mark of the Vampire.  Based on the TV show of the same name, Vampire Diaries has pictures of the characters who get "bitten" using a rubber ink stamp bite. Bill Van Orden suggested the idea, remembering my old Sealed With A Kiss game.  After 3 bites, the characters turn into vampires when a lever is pressed on the back of the frame, revealing two fangs .  In addition to a card game version, a coffin shaped version was also produced.