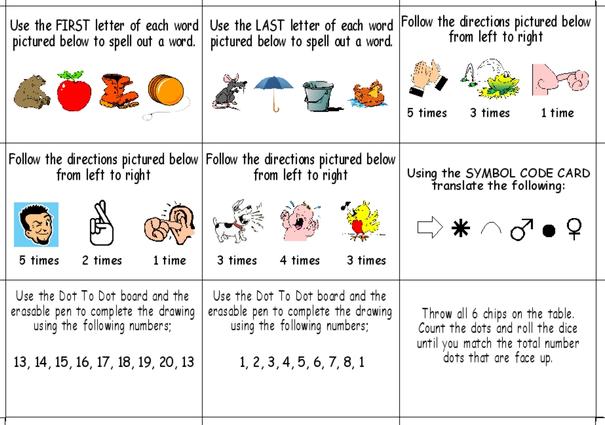 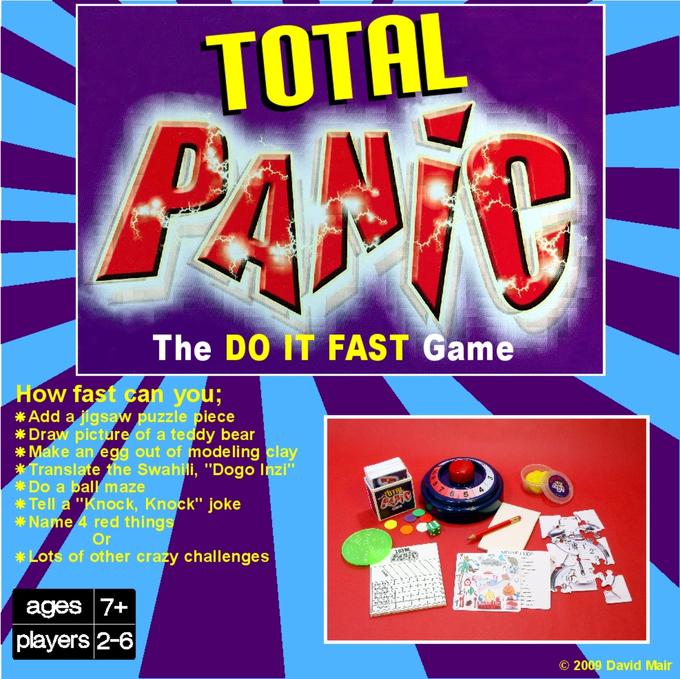 Total Panic​ (2009) was a direct offshoot of Don't Panic.  In Total Panic,  players complete different skill puzzles and tasks as fast as they can.For example, on a card with Morse code, players have to decipher the code using a Morse Code key card.  [See other cards samples below.]  Piatnik in Austria bought the rights in 2010, but the game was never produced, because in part, Goliath bought the right to market Panic in Germany and Austria from Piatnik.