​Original "You Name It" model 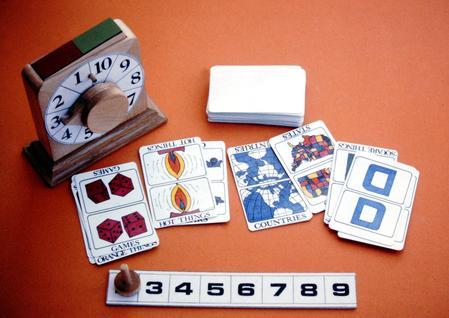 Don't Panic ​(1985) got it's start when, many years before I actually started working on games as a profession, I took a stopwatch to a party and timed how long it took people to name things in various categories. The idea resurfaced in the early 80's. I built a working prototype and Jumbo's Aad Obens liked it and ran with it.  Since then it's been published all over the world with more than 2 million copies sold.  New ways to play, including a board game version, are still available today.