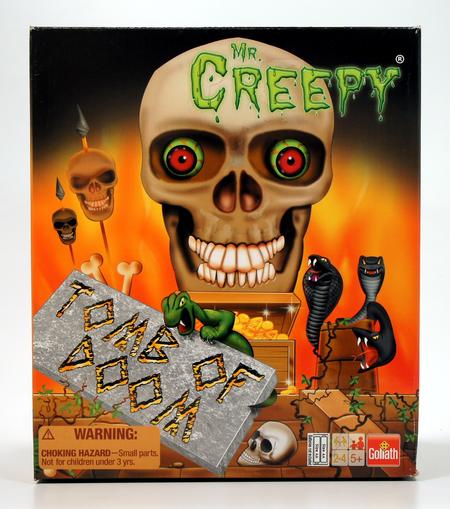 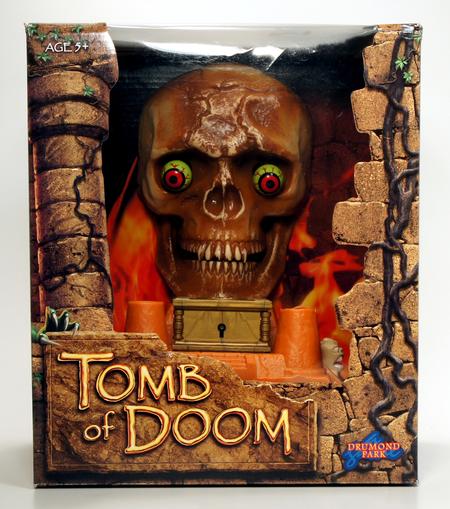 Tomb of Doom (November-1998) began as a Halloween novelty item.  The skull laughed and clattered its teeth for 4  or 5 seconds. I added a chest containing gold coins that the skull was guarding. The players had to complete one of 5 "challenges", which were guessing games that included snakes, treasure maps, skulls, and bones. Winning the smaller game gave the player the chance to choose one of the 8 keys, only one of which opened the chest, where the player won a gold coin.  The wrong key would set off the skull that shattered it teeth and rolled it's eyes.