​The Frog Prince (Feb -2010) is the 2nd version of the Frog Prince game that was released in 2000.  The game uses magnets. One magnet is located in each of the cardboard lily pads and another is in a prince/frog disc under a clear plastic dome. At the start of play, the dome is placed on the castle, which causes the disc to be flipped so that the frog side is facing up. During the play of the game, the players earn the right to place the frog on one of the 9 lily pads. If placed on the one with the magnet, it will flip to reveal the prince, and they are the winner.   Picture (below right) is a version produced by Alga in Sweden that uses the same mechanisms, but changes the theme to catching a diamond thief. 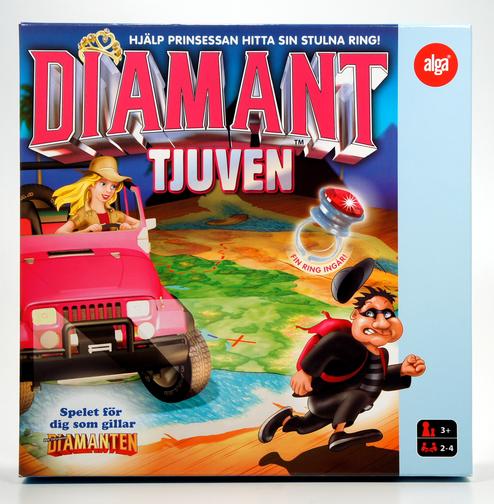