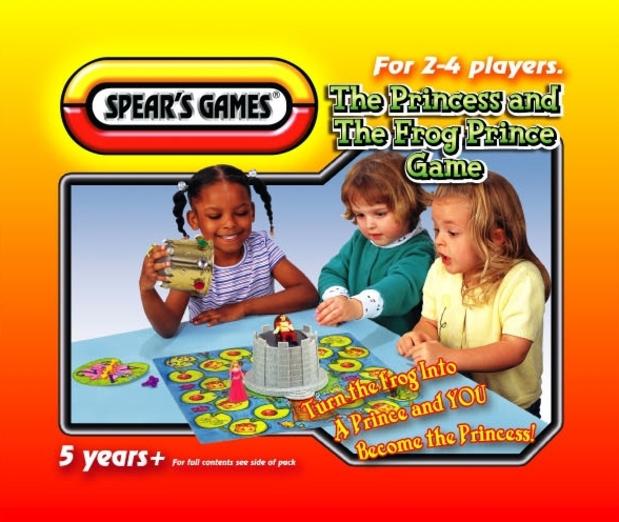 The Frog Prince Game (2000) is based on the fairy tale of the same name and features a castle that is covered with a crown. Before the start of play, the castle is set so that a frog appears on top of the castle on a revolving circular plate.  The crown is put in place over the frog and castle. Throughout the game, the players win a chance to first collect a jewel for their ring, and then later to place their collected jewel in the crown.  Placing it on the crown in the correct place (out of 8 possible places)  and pressing on it, causes the castle to release the spring-loaded plate to flip over so the prince is now sitting on a throne on top of the castle under the crown. The crown is lifted to reveal the magic change. 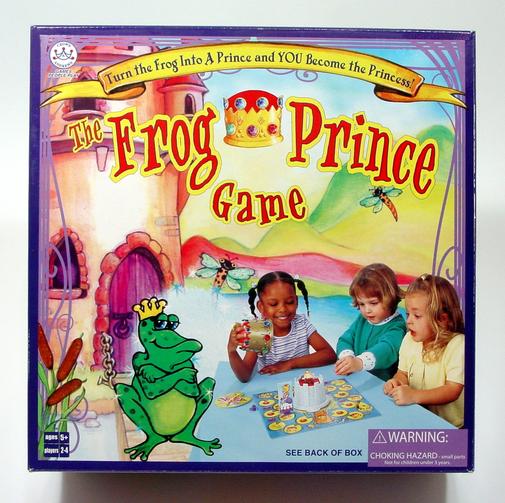