Dot 2 Dot (February 2009) was sold to MJM in Australia that same year. The game was never manufactured.  The players each get a different erasable card with an incomplete dot-to-dot picture printed on it. Players then draw cards that have two numbers on them.  If they have those two numbers on their dot-to-dot picture, they draw lines between them. The numbers are connected with dotted lines so the players know which ones can be connected.  First player to complete their picture is the winner. 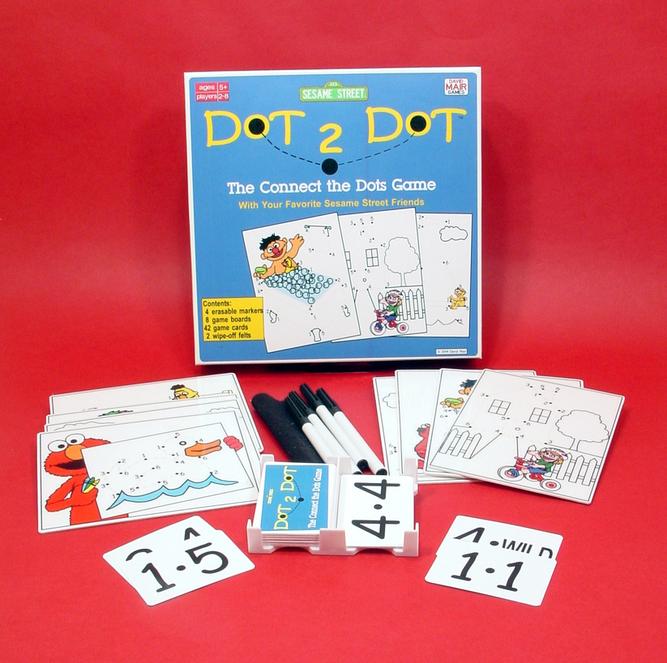