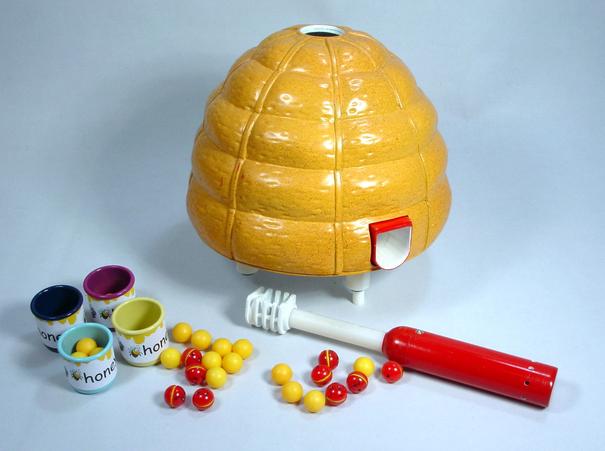 Beehive Alive (Feb-2005) was originally called Honey Hunt. The players would take turns inserting a honey dipper into the hive looking for honey balls, which were spilled into the top of the hive before the start of play. Mixed in with the yellow honey balls were red bee balls that had a small metal washer inside. When the player dipped into the hive and got a bee ball, it activated a magnetic switch and the whole honey dipper would buzz like a bee. The original dipper had a small motor with a concentric weight attached that both made the buzzing sound and caused the dipper to vibrate. 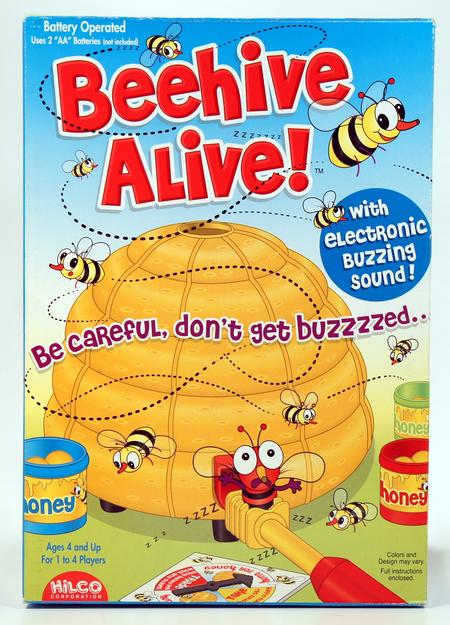