And They're Off (7-2009)​ was co-invented with Jay Levinson, and was based on an antique horse racing-game that Jay had found. The principle of the game was that metal balls in each of 6 tracks would be driven up the track by a spinning motor that drove a triangular shaped rod. The ball would strike the rod, fly up the track, and hit the back of a little plastic race horse. That would drive it forward up the track and the ball would run back down the incline to strike the spinning rod again where it would be driven up the track.  In the end, one horse would be driven across the finish line first where a flag would raise up to indicate the winner.  Paul Lamond bought the rights in 2009, but after modeling began it was discovered that a very similar product called Desk Top Derby was already out on the market. 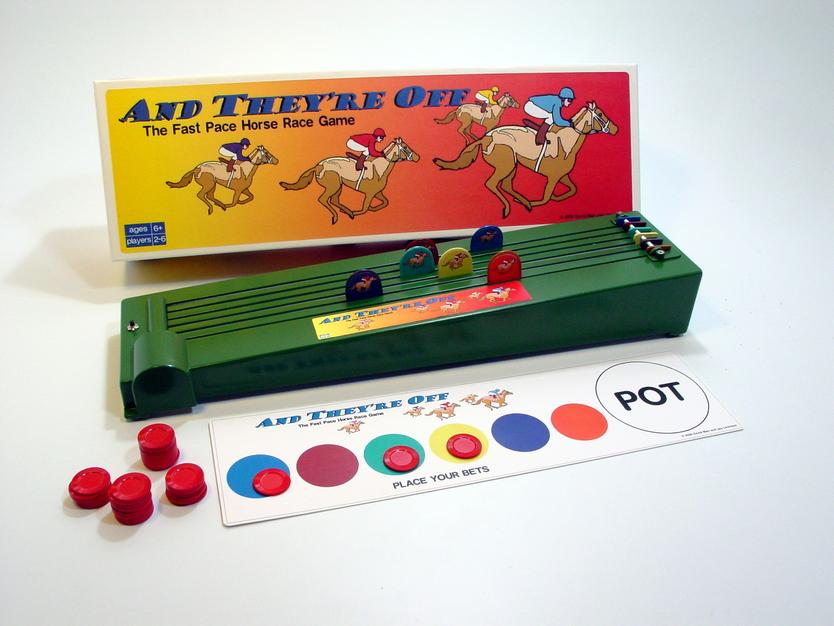