Wrecking Ball (September 1993)​ is a game that featured a crane and a wrecking ball containing a sound chip of a crash. The players try to assemble their house before any of the other players. The wrecking ball could be released in their direction at any time during the game, and the house would be totally destroyed.  During the game, players could draw a card that allowed them to put up a protective picket fence in front of their house that would shield the house against the wrecking ball's release.  The game never went into production. 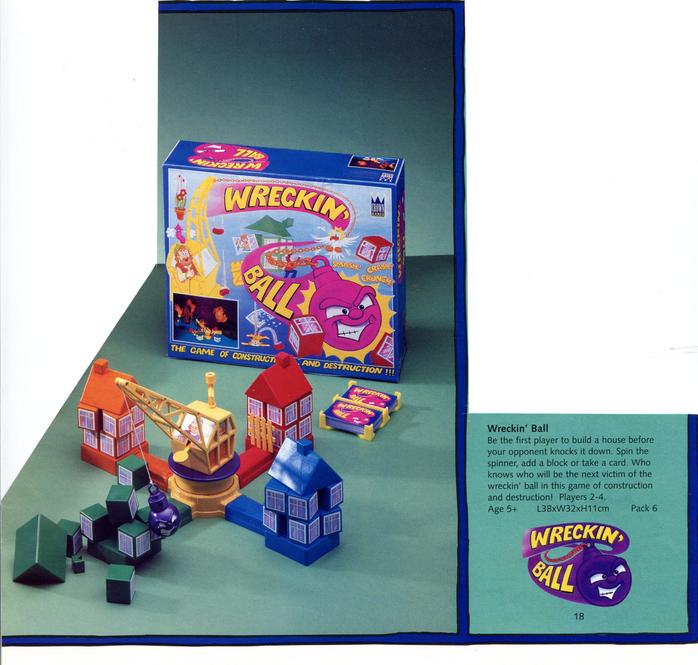