"Texting, Texting, 1, 2, 3​" (2009) is a book that co-inventor Tony Vadasz and I designed. We were cooperating on a project using the idea of letters being represented by keypads numbers. For example, if you wanted to make a "B", you touched the "2" on the keypad twice. The table top game just didn't work well, and we stopped the project.  I then realized that we were working in the wrong medium, so, instead, we created a book of puzzles that used a keypad to solve them.  The book did not sell that well, in part, because cell phone keypads changed, and the old system became obsolete. 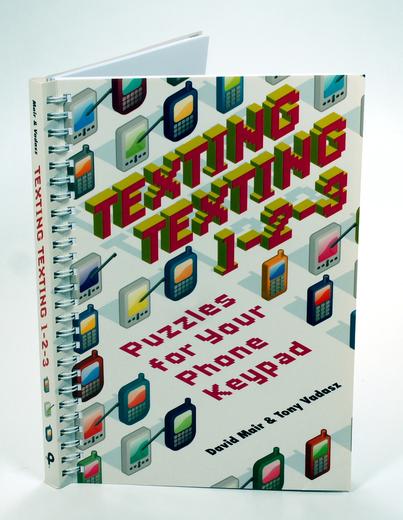