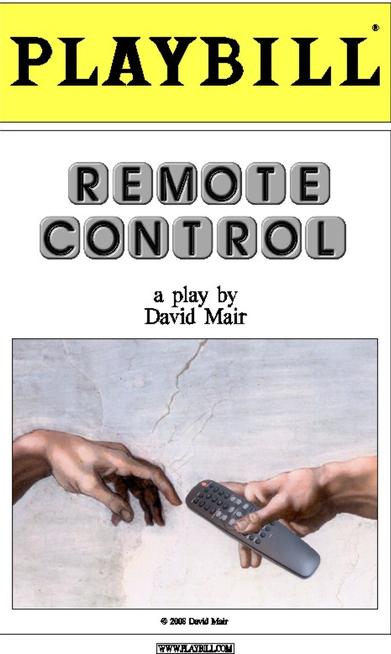 Remote Control (Started 2003)​  The play started with the idea of breaking down the 4th wall in theater, the invisible wall between the players and the audience.  Where periodically throughout the play, the action freezes and one player steps forward to address the audience. The other theme I explore is the concept of of "pivotal moments" in one's life. [read Synopsis below] I have been making changes and revisions for many years and I'm continuing to try and find a venue for the play.