Quick Draw (Picture Panic) ​(2010)  was sold to Scanitoy in 2011 but never produced. During the game, players from two different teams draw a card with a list of images. They roll a die and the word next to the matching shape is what they both have to draw. The timer is started, and secretly they draw as fast as they can, an image that will get memebers of their own team to say the word.  When either player feels he/she has drawn enough, he/she stops the timer. That player then shows his drawing to his team. If the teammate guesses the word, the team scores the points indicated on the timer.  If the teammate does not guess correctly, the other team has the option of starting the timer back up and continuing his/her drawing or just showing his/her drawing to the team. The team that reaches the finish line first is the winner.

The idea for Quick Draw came from my frustration with how ordinary Pictionary games were played.  A team might overhear answers shouted out by the opposing team and correctly guess the answer, even if their team’s drawing was unclear. 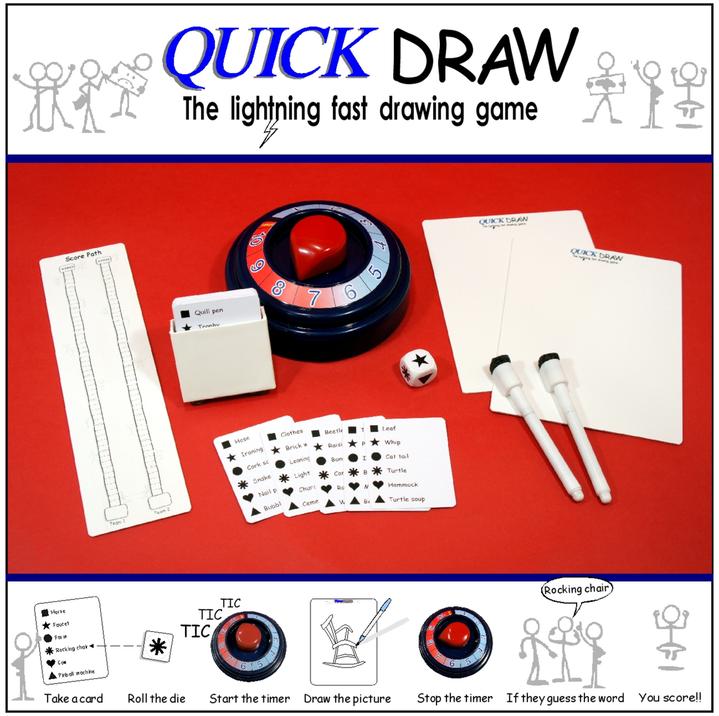