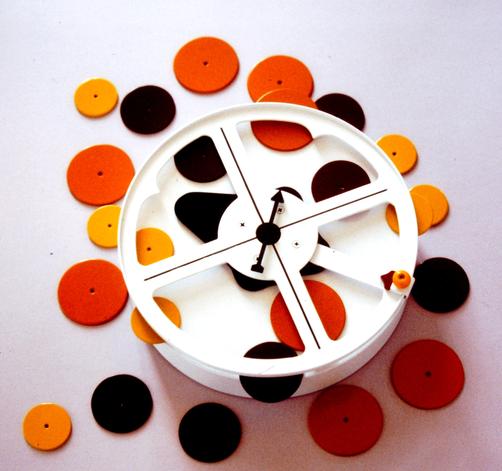 Original model of Over the Edge 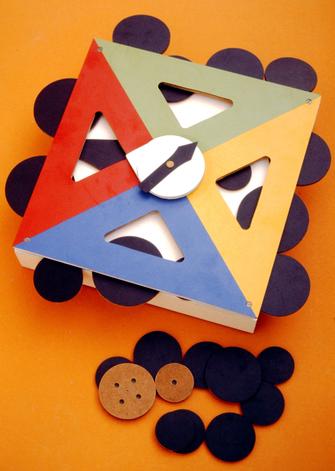 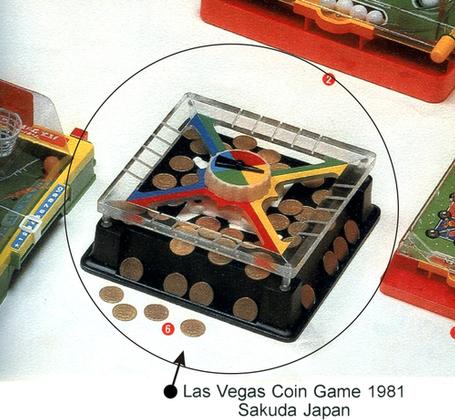 The Las Vegas Coin Game was created in 1980, and was my second game that was sold.  It was originally called "Over the Edge", and co-invented with Jay Levinson. The idea came from his observation of the pieces of wood he was cutting with a band saw.  When he placed the pieces on a crowded table it caused other pieces of cut wood to be pushed off the ends and the opposite side of the table.  As far as I know, the game never went into production in Japan.  FYI- The original model was made out of formica! [see below] 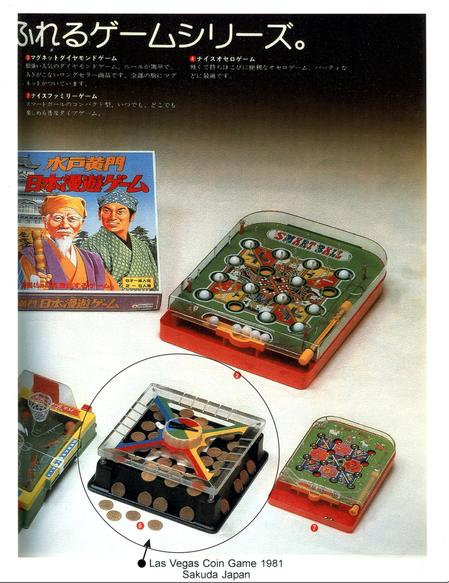