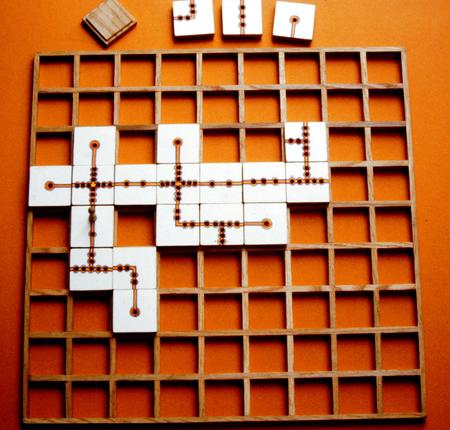 ​Hoo-Dee-Nee, invented in November of 1981, was the first game that was sold by my new agent, Michael Kohner. It was originally called Rally, as in a car rally, and made in a wooden grid version. [See below]  Pressman took it in 2011 and turned it into No Exit, with a car theme. To play the game, one player places cards down (one per turn), while the other player rolls the die and tries to move the playing piece off the edge.  This game is also influenced Loopit and my app Swiggle. 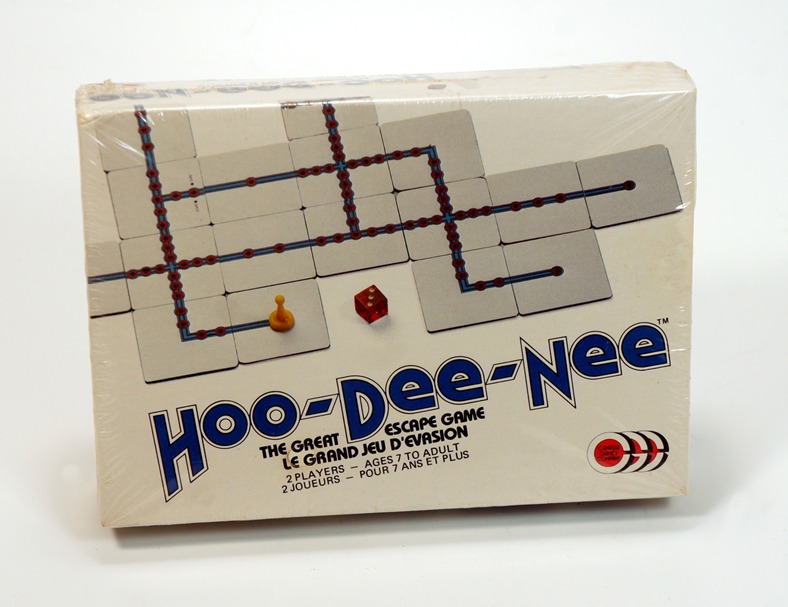